In 2008, Catholic Democrats published the Catholic Case for Obama, which examined President Obama's experience as a community organizer in Catholic parishes on the South Side of Chicago. The booklet, written by Dr. Patrick Whelan, includes original research and material from interviews with preists and lay people alike whom the the president worked with at that time.

President Obama has said a number of times over the years that his work as a community organizer was where he first heard “God’s Spirit beckon {him]” and that led him ”to embrace Jesus Christ as [his] Lord and Savior.”

Most recently, at the National Prayer Breakfast this past February, he said,

And here we give thanks for His guidance in our own individual faith journeys. In my life, He directed my path to Chicago and my work with churches who were intent on breaking the cycle of poverty in hard-hit communities there. And I’m grateful not only because I was broke and the church fed me, but because it led to everything else. It led me to embrace Jesus Christ as my Lord and Savior. It led me to Michelle - the love of my life - and it blessed us with two extraordinary daughters. It led me to public service. And the longer I serve, especially in moments of trial or doubt, the more thankful I am of God’s guiding hand. 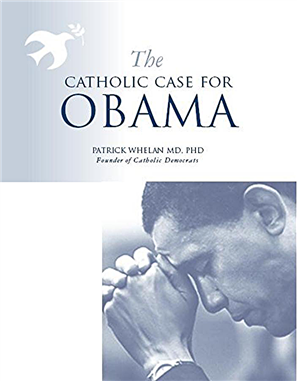